I am pleased to announce a cool book release by Sable Hunter, an author I met during my journey! Her contemporary Western romance, Love Me, I Dare You!, officially released on June 27th! Yay! That’s awesome, Sable!

When a new book comes out, it is always an exciting time for an author!

Sable is giving us a fun look at her new modern Western, yet sexy love story, Love Me, I Dare You!, today.

This is the blurb for Love Me, I Dare You!, a Hell Yeah! Series Novel:

Joshua Long, World Champion Cowboy, is known wide and far as the ‘cowgirl whisperer’. His looks are fallen-angel handsome and his talents in the bedroom are legendary. Josh prides himself on being able to give a woman sheet-clawing, back-arching, toe-curling multiple orgasms. But at the peak of his career, Josh loses it all when his knee is shattered by a one-ton bull and his reputation is shredded by a scorned woman.

After investing blood, sweat, and years into the rodeo, he has lost his career and the lucrative sponsorships that went with it. Returning to his hometown of Kerrville, a place he hasn’t always felt welcome, Josh is uncertain of the direction his life will take. But sometimes fate is kind and the lifeline that we need to hang onto our hopes and dreams appears just within our grasp. Josh has such a moment when he walks into Isaac McCoy’s HARDBODIES bar. There, surrounded by old friends who offer him a second chance, Josh’s gaze lands on a beautiful, blue-eyed redhead who draws him like a moth to a flame.

Emma Zachary has lived life on a dare. There is nothing she won’t try, she grabs onto happiness with both hands, embracing every moment of joy she can find. Unwilling to accept the hand that life has dealt her, Emma refuses to let her blindness hold her back. She intends to make all of her dreams come true, especially the ones that include a certain cowboy who seems to always be there when she needs him. Emma longs to know what it’s like to be loved, so she takes a dare and bids on a date with rodeo Romeo, Josh Long. What she discovers is that one night in Josh’s arms will never be enough.

Emma is tired of being alone. She needs someone who will look beyond her faults and want her in spite of the challenge she faces.

Their journey together is filled with laughter, tears, danger, and sex hot enough to set the Hill Country of Texas on fire. Join Emma and Josh as they learn the true meaning of love.

**Content Warning: This book contains adult language and situations. It is intended for 18+ ONLY**

And here is a nice promo to tease you with.

Nice! How about an excerpt too?

Turning to face her, he was struck by the compassion in her eyes, those big blue eyes that were looking at his shoulder, the elegant line of her neck, the tiny strip of naked skin above her jeans. What was he doing? Here he was alone with a beautiful woman who was willing for him to touch her, to introduce her to the magnificent wonderful world of physical intimacy and he was thinking of something other than her? Was he crazy? “Right now, my dream is to share a little more alone time with you.”

Emma shrugged, a little blush creeping up her cheeks. “Are you ready to get down to the good stuff?”

“Yea.” She bounced a little in place. “I’m hoping we get to second base tonight.”

Josh chuckled at her exuberance. “Well, I can almost guarantee it. Come here.” He took her by the hand and led her to the couch.

Emma followed, her heart pounding a mile a minute. “What are we going to do? Don’t you want to go to the bed?”

“Slow, remember? We’re not cramming for a test; I want us to take our time. Enjoy the journey.” Josh sat on the center cushion and pulled Emma down beside him.

“Okay,” she answered with a hint of mischief in her voice, “I know what you’re up to, you want to get as much of my cooking as possible.”

“Ha!” Josh laughed, teasing. “Guilty as charged.”  He dipped his head down and layered his mouth over hers, capturing the little gasp of surprise. He caressed her trembling lips in a firm kiss that spiked his own desire off the charts.

Delight hit Emma like a bolt from the blue, electricity arced through her as his tongue swept through her mouth. Josh buried his hands in her hair, holding her still. God, if he only knew there was nowhere else on earth she’d rather be. She wanted him with an all-consuming craving. Wanting to be as near to him as possible, Emma slid her arms around his neck and held on tight.

Josh felt his own head swimming. Emma was kissing him back, warm lips pressing, the tip of her tongue dancing along his. Her lack of experience was obvious and this excited him. She wasn’t skilled in the art of seduction like the other women he’d been with. Emma had come to him as pure as the driven snow and now she was teaching him a thing or two – like the thrill of knowing what she gave to him she’d given to no other man. Yea, maybe his thinking was totally unlike him, and maybe it was old-fashioned but the idea that he’d been her first brought him extreme satisfaction. Now all that was left was to give her the same thing – complete satisfaction.

Deep, passionate, slow – – Josh kissed Emma, reveling in the complete lack of hesitation on her part. She held nothing back, coming up on her knees so she could press herself to his body, placing herself in his hands, giving herself freely to him. He was shaken. How could innocence taste like ecstasy?

“Josh?” she whispered when her lips slid from his mouth to his cheek allowing her to take a breath. Every inch of her skin felt like it was sizzling, alive with the need to touch and be touched. “Can I?” Her hands went to the front of his shirt, fumbling with snaps she couldn’t see.

“God, yes.” Josh needed no more urging. He jerked his shirt open, giving her open access to make herself at home on his body.

“I wish I could see, I bet you’re beautiful, you feel beautiful.”

Josh closed his eyes, amazed at his reaction to Emma’s tender exploration. As she ran her palms over his pecs, the small flat discs of his nipples tightened. He groaned as she caressed his abs, then ran her hands up to his shoulders, placing a kiss over his heart.

“Now, my turn,” he hissed through clenched teeth. He couldn’t wait to get his hands on her again. Forcing himself to take his time, lest he rip the material, Joshua began to undo the buttons of her vest, exposing the soft, round tops of her breast. “You are exquisite,” he said in an almost reverent whisper. Josh wished he had the ability to verbally paint her a picture, a way to show her what he saw, a way to capture the look on her face. Her eyes were sparkling, full of expectancy, and when he opened the front clasp and her perfect breasts spilled out into his hands, he marveled at the delectable sight in front of him.

“Truly?” She lifted her hand to grasp his bicep, slowly sliding her palm down to his wrist, goosebumps rising on her flesh as she relished the warmth and masculine texture of his skin beneath her fingertips.

Josh swallowed, the woman had no idea what she was doing to him. Those soft little hands running over his sensitive flesh – gentle, soft strokes – were stealing his ability to think.  “Really.” He wanted nothing more than to touch her everywhere, but especially here. “You look like what a woman is supposed to look like.”

Woo hoo! Cowboys certainly have a magic touch, don’t they?

Thank you for telling us about your book, Sable! I know I can’t wait to read it!

Readers, don’t forget to pick up a copy of this awesome book on Amazon!

Sable Hunter is a New York Times, USA Today bestselling author of nearly 50 books in 7 series. She writes sexy contemporary stories full of emotion and suspense. Her focus is mainly cowboy and novels set in Louisiana with a hint of the supernatural. Sable writes what she likes to read and enjoys putting her fantasies on paper. Her books are emotional tales where the heroine is faced with challenges. Her aim is to write a story that will make you laugh, cry and swoon. If she can wring those emotions from a reader, she has done her job. Sable resides in Austin, Texas with her two dogs. Passionate about all animals, she has been known to charm creatures from a one ton bull to a family of raccoons. For fun, Sable haunts cemeteries and battlefields armed with night-vision cameras and digital recorders hunting proof that love survives beyond the grave. Welcome to her world of magic, alpha heroes, sexy cowboys and hot, steamy to-die-for sex. Step into the shoes of her heroines and escape to places where right prevails, love conquers all and holding out for a hero is not an impossible dream.

Thanks again, Sable! We hope to see you back on ILRB sometime.

3 thoughts on “New Release Feature: Love Me, I Dare You! by author Sable Hunter” 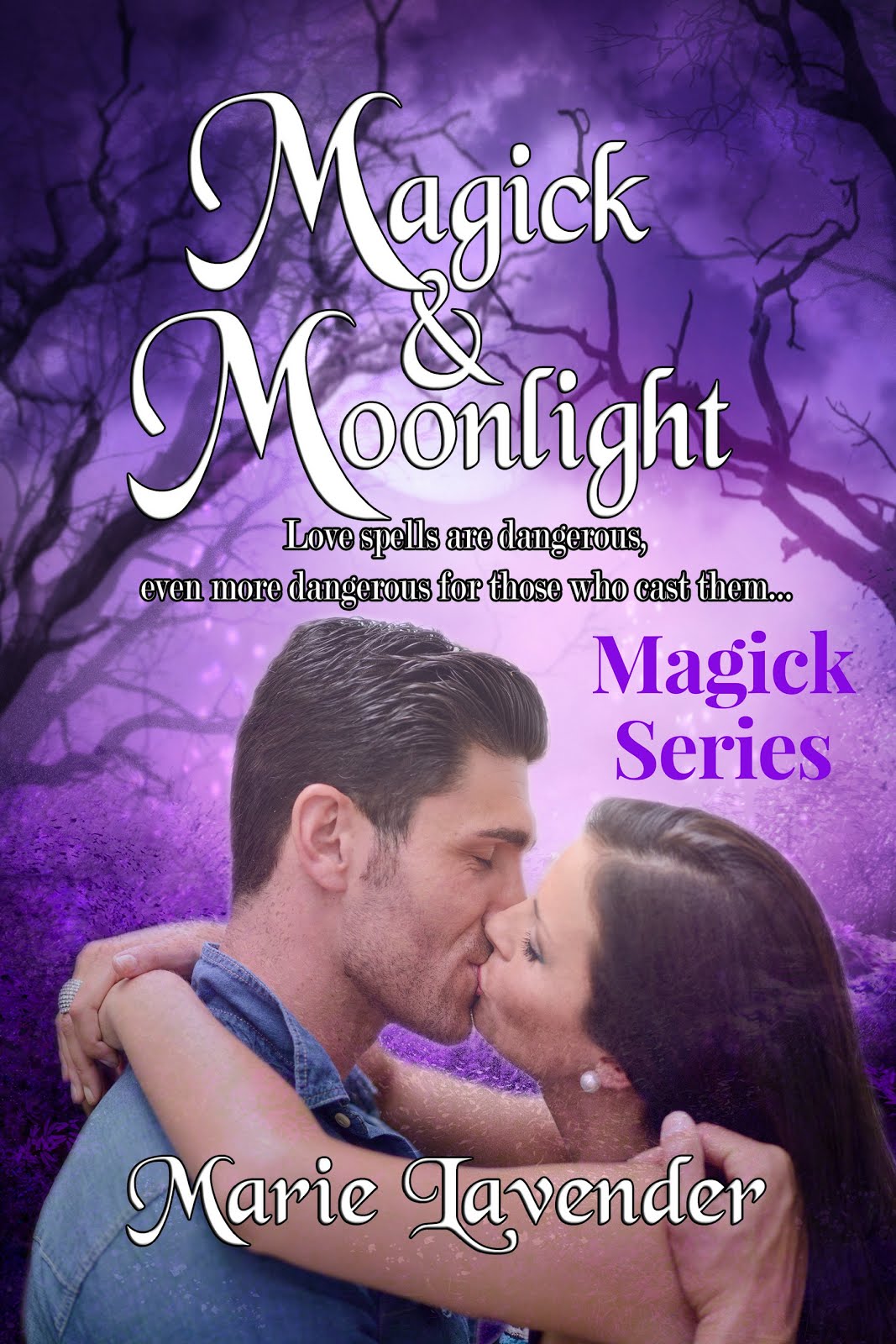